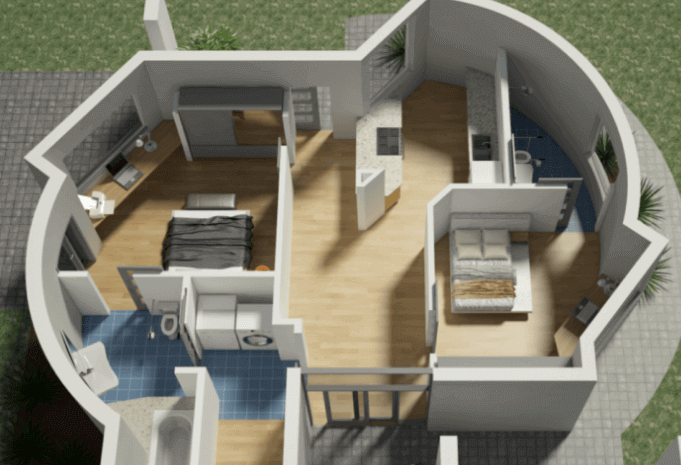 Another way 3D printing is being used to make the world a better place is by reducing the cost of home construction enough to make new houses accessible to those whose income puts adequate shelter beyond their reach.

One company that has made this its mission is ICON. Its tagline is “We’re changing the way people live.” It set out to apply 3D printing to houses and envisions whole communities set up that way in a kind of 21st-century version of Levitton.

Last year ICON built the Chicon house, described as “the first permitted 3D-printed home built in the United States” in Austin, Texas in 2018. It took a few weeks to print “and sparked the imagination of customers, investors, press, and the SXSW conference community.”

Now it has advanced the technology to the point where it can get a house up in just  a day and at a cost of just $4000 as you can see in this video:

ICON believes that its 3D printing applied to concrete is the solution to low-income housing, both in the USA and abroad. To that end, it has partnered with a charity called New Story that has provided funding for homes in Mexico, Haiti, El Salvador, and Bolivia and for needy households.

“By partnering with ICON in select regions, New Story will be able to see out their vision more efficiently and deliver the promise of a life beyond survival to thousands more,” it reports.

Applying 3D printing to home construction also has ramifications for the space program. In planning a mission to Mars, NASA has to deal with the challenge of setting up shelter for the people who will be living on the red planet. To that end, it launched  the 3D-Printed Habitat Challenge

See the video below: